Below is a info graph of the product team's backlog work flow for Bug request.

Entering a "Bug" into VSTS backlog

When entering a "Bug" backlog request, the following fields are required:

Refer to screen shot above for reference. 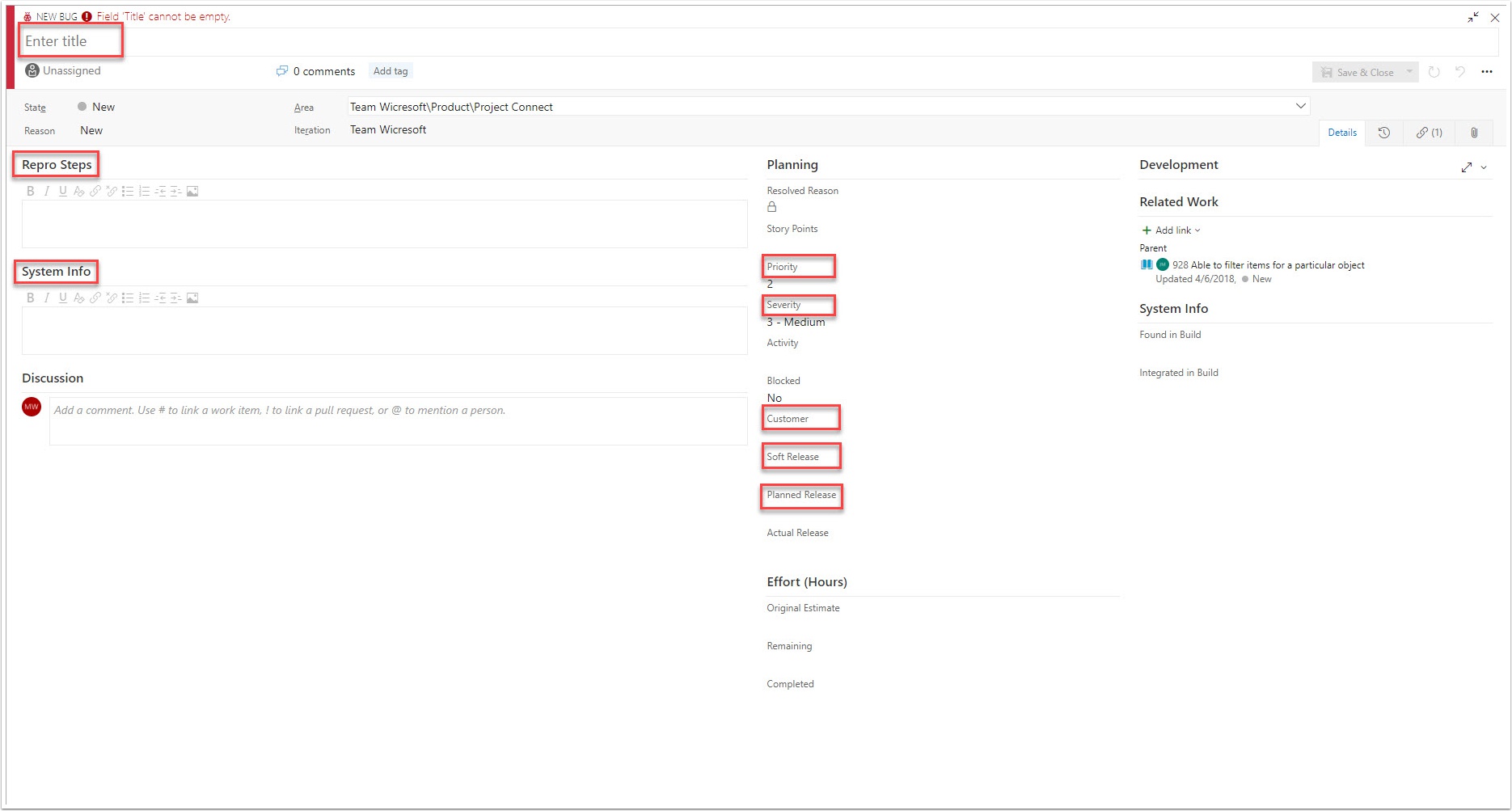 Guidelines To writing A Backlog Request

A user story is a behavior or feature that a solution needs to implement in order to fulfil the needs of a user.

The proposed formats for user story titles are:

A bug is a problem that impairs a product or service’s functionality.

The proposed formats for bug titles are:

The bug title formats are based on our analysis of close to 5,000 tasks across a few different organisations, projects and teams.

A task is an activity that needs to be performed that doesn’t fall into one of the other task types. This is often something the team has to do but doesn’t result in code.

The proposed formats for task titles are:

These formats are also based on our analysis of raw data.

This type of task is mostly used with services or components that are somewhat removed from the end user, such as API endpoints.

The proposed title formats for new features are: