The OnePlan team is pleased to announce the latest release of OnePlan.  Check out what's new & enhanced this month!

The Portfolio Board has numerous new features & functionality.  Whether you follow a strict agile method (LEAN or otherwise) or not, and  want to view your plans in a KanBan-type board view, we continue to release features that keep your team on top of your portfolio for prioritization, visibility, and management efficiency.

Plans can be dependent on another. From the dependency menu, users would select the dependency type.  There are now strings to connect dependent plans & show the dependencies.  The strings are color coded to show the type (Blue - Dependency; Red - Blocker; Green - Related). 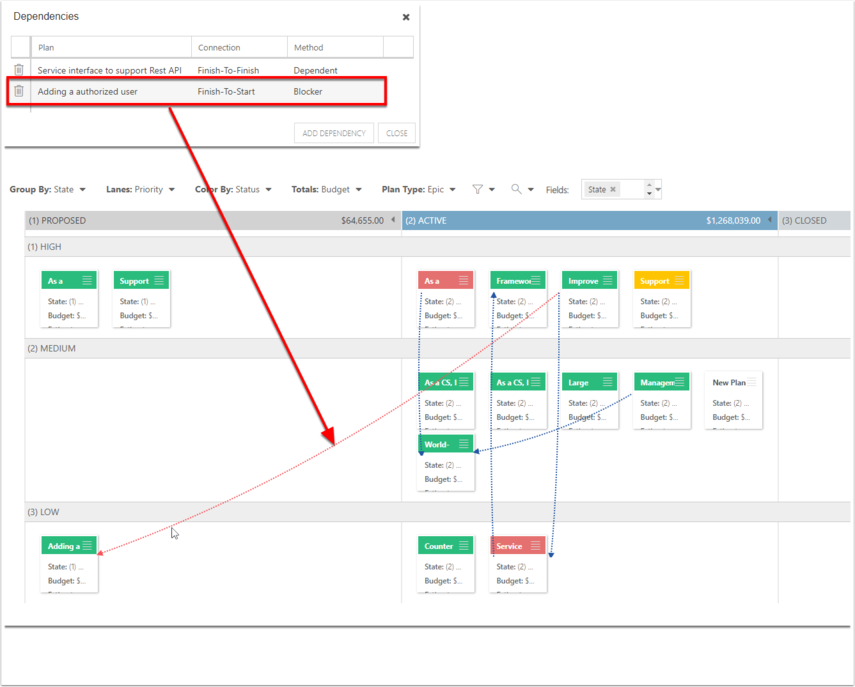 Users may now view plans in swim lanes.  Select which plan-level field to delineate the lanes.  When a lane is collapsed, the dependencies (strings) get hidden. 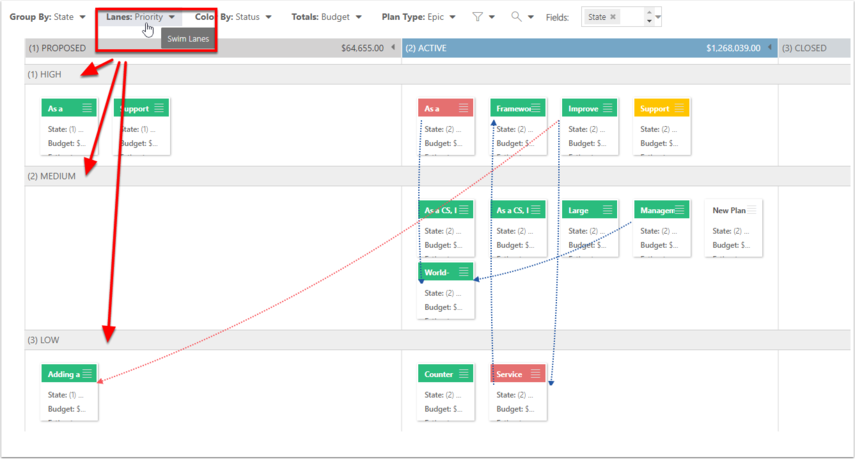 For ease of visibility, zoom in or out when viewing the Portfolio Board.  Click on the Zoom icon & then choose Small, Medium, or Large.

Summary Fields are now available in the Fields selection for which field values show on each plan tile.  Summary fields are the aggregate "roll ups" such as effort, cost, points, etc. from the Work Items.  The fields that are summary are noted as such with "(summary)." 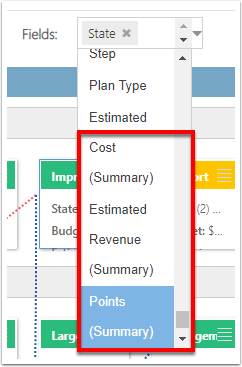 When views are saved, the swim lanes, zoom, and filters are now saved in the view settings.

When adding a plan that is not a top level plan type, users must select a parent plan.  This is applicable when the plan types are set up in a hierarchy structure. The prompt updates depending on which level you are viewing, and the prompt is to select the parent item for the level above.

When a plan is opened in the Quick Edit form on the right side of the screen, there is now a menu to quickly access & navigate to the additional available apps for that plan, such as Details (form full screen), Financials, Resource Plan, Work Plan, etc.

The options to delete a plan and create dependencies have been removed from the quick edit menu.

There are numerous updates to Timesheets this release.

If a user has either no submitted time or hours saved but not submitted, they (the timesheet owner) will receive a notification to submit their timesheet.  The admin would configure the schedule settings for the email message.  This would apply for all users in the Resource Center. 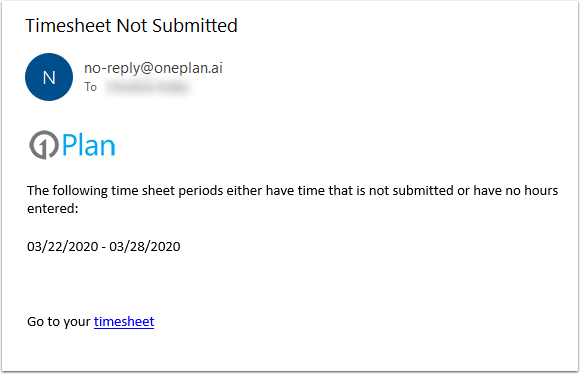 For the users who are time approvers, they will now receive a daily email with the following summary information in a combined list of periods that have open approvals (i.e. unapproved time). The following periods have items that still require approval for which you are the approver, with a link to the approvals page.

Approval emails will only be sent for unlocked timesheet periods.

If a user has a rejected timesheet, they will now receive an email with a link to their timesheet and information as to who rejected the time for which items (plan / work item), notes, and the timesheet period.

There is now a setting for the admin/owner to select which work types are available for timesheets.  For example, users may need to track time spent working on tasks, but not risks or issues.  If no work type(s) are selected, the setting assumes All Work Types. 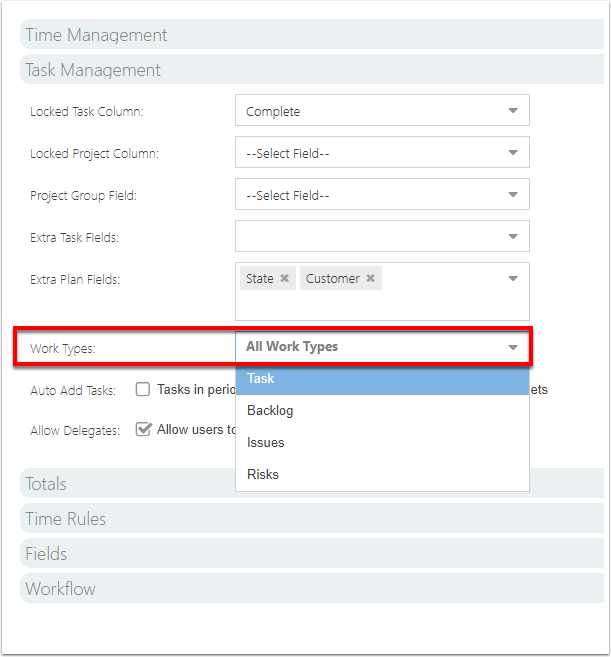 The admin/owner may create a field titled: 'ChargeableHours.'  This field would total the chargeable hours only. 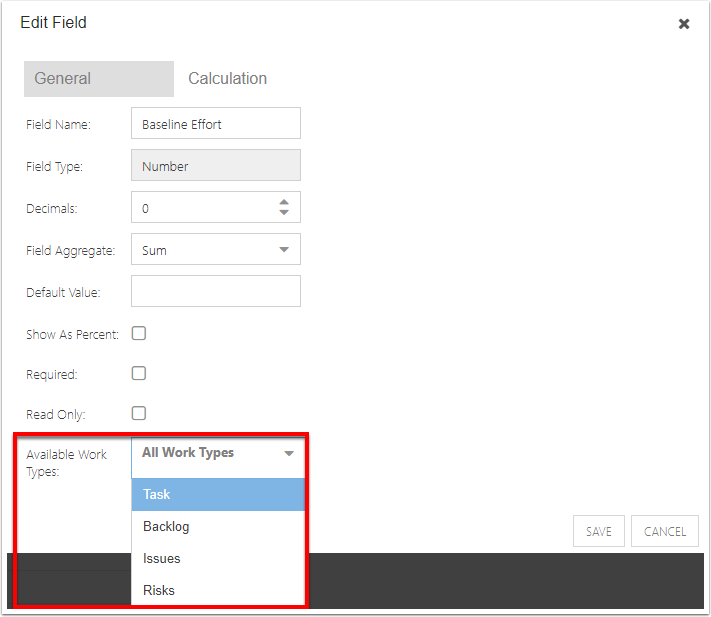 There is now a Quick Edit form for work items!  Open it from the work item contextual (hamburger) menu.  The Quick Edit form pops open on the right side of the screen, just as it does from the Portfolios page.  As the user changes selection to another item, the current item will then show.  There's an option to close the Quick Edit when needed.  From the Quick Edit, the user may select to show advanced edit, which will open the full page Item Information form.

In the March 2020 release, we added a new hover feature to show the value of a multi-line text when the user hovers.  This release, we've made an update, so that if if the user hovers over an item & the field is blank, nothing shows.  It was previously showing a grey box.

The toggle button for Show Inactive Users is darker now to make it more obvious if you are viewing the active or inactive users.

When a user is made inactive, the system will remove their license, and they will no longer count toward licenses. 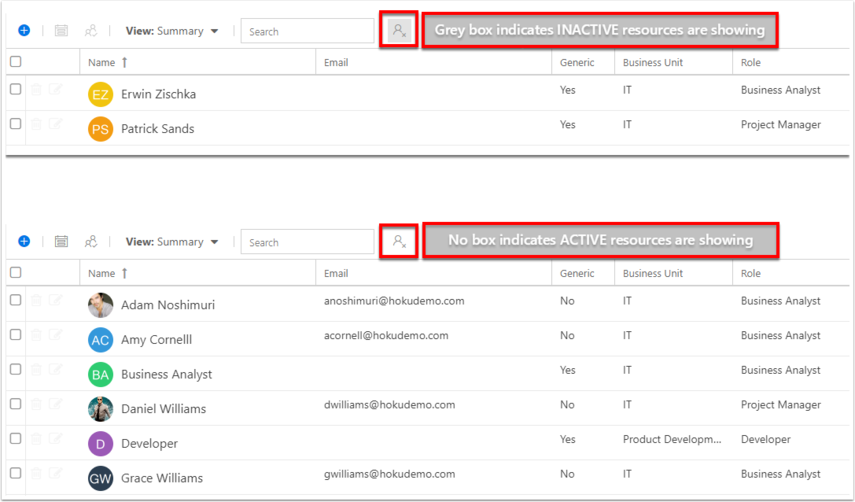 Resource fields may now be reordered on the resource form. 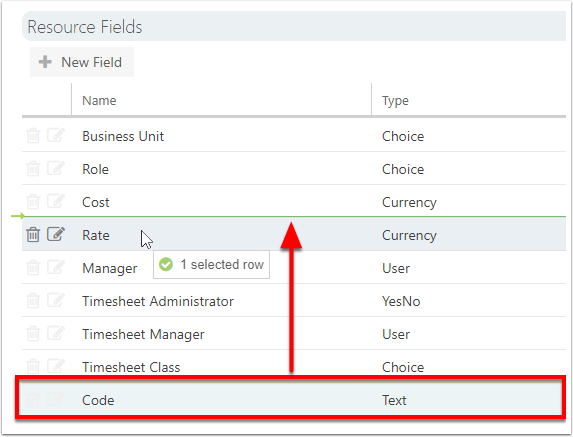 When updating to a new version of the OnePlan for Project add in, the installer will now uninstall & replace the older version automatically. 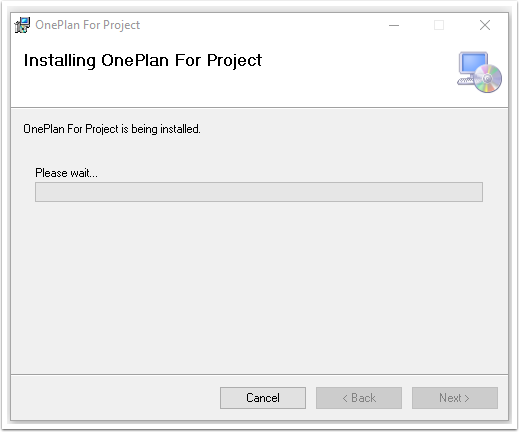 From the OnePlan ribbon menu tab, when a user clicks on Open Plan (as long as the project has been connected), the associated/connected plan will open in OnePlan on the Details page.  The user will also see and be able to navigate to the other OnePlan apps for the project/plan, such as Financials, Resource Plan, etc.

When user clicks the Publish button, the system will first check for pending task updates.  If there are any updates, the user will be prompted with a choice to either publish or update.

Notes added to Resource Plan lines are now available to report on in the OnePlan OData feed, in the ResPlan table.